To share your memory on the wall of JOHN BERRY, sign in using one of the following options:


On October 18, 2003, John was blessed to marry Pearline McFadden. For 20 years, Pearline and John enjoyed vacationing to different places and traveling around the country to visit many of the college students that he was mentoring.


He will be remembered as an outstanding college professor who was appreciated and praised as a mentor for hundreds of young men and women that he helped to obtain college admissions, scholarships and/or grants allowing them to attend Historically Black Colleges and Universities (HBCU) and other institutions of higher education.

To send flowers to the family or plant a tree in memory of JOHN ELWOOD BERRY, please visit our Heartfelt Sympathies Store.

Receive notifications about information and event scheduling for JOHN

We encourage you to share your most beloved memories of JOHN here, so that the family and other loved ones can always see it. You can upload cherished photographs, or share your favorite stories, and can even comment on those shared by others.

Posted Feb 16, 2019 at 10:34am
To my Dear friend Cynthia and Family,
Can you believe it? Seventy years of friendship! John and I met when we were about five years old at Church of God in Gary, Indiana, home of the Jackson Five. I recall that John’s dad was the choir director and his mother sang in the choir. John is my brother from another mother. We were always in competition. While in our late teens, John completed one thousand sit ups in three hours. Of course, I did one thousand five. Middle names. Don’t you love them? “Hey Henry”, John would say. My reply, “Hey Elwood.” Wow! Remember 24th and Jackson Street, while playing catch in the driveway? Cheryl was born.
I can recall being in the scouts with John. We were/are lifelong friends. While in high school John had 3.69 grade point average. Mine was 3.01. Yes, John you beat me there. Okay Nupe I know that you are at peace. On that note. Get it? I will see you when I get there.
Odies H. Williams, III, M. D. AKA Trumpet Player
Comment Share
Share via:
W

Posted Feb 14, 2019 at 11:23pm
My condolences to the Berry families. I'm sorry to hear about the loss of dear John. Some Bible scriptures that have helped me during times of loss include Isaiah 26:19 and Psalm 37:28,29 which states in part: "Your dead ones will live...They will rise up". And the Bible also says "The righteous themselves will possess the earth and they will forever reside upon it". Therefore the Bible promises that we may be reunited with our loved ones lost in death by means of an earthly resurrection. This is possible thanks to Jesus Christ's ransom sacrifice. Thus we have a genuine hope of everlasting life in a world without wickedness or suffering.
Comment Share
Share via: 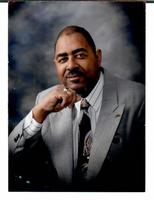