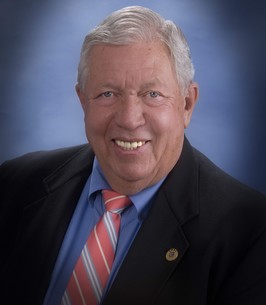 Share this tribute
Memorial Candles Lit for Walter | SEE ALL
Light a Candle
"We are honored to provide this Book of Memories to the family."
— Halley Olsen Murphy Funerals and Cremations
Funeral Details Memory Wall Photos & Videos Plant a Tree

Print
We are saddened to announce that our beloved husband, dad, granddad and great granddad, Walt Troth has passed away. Born Walter Byron Troth on December 19, 1934 to Byron & Edith Troth in Van Nuys, CA, Dad closed his final escrow on his new permanent residence in heaven on November 2, 2018 and will now spend eternity in the presence of God and his Savior Jesus Christ, along with numerous family members and friends that have preceded him on this journey. Dad is survived by his wife, Betty, Daughter Debbie and son-in-law Don, Son Mark and his daughter in law Jodie, Son Kevin and daughter in law Kristie, Grandchildren Derek, his wife Andrea, Devyn and her husband Kyle, Lacey and her husband Casey, Tessa and her husband Ben and great grandchildren Brady, Jenna, Abbey, Lexy, Hayley and Noah.
Dad’s life was full of many stories and adventures that he loved to share. From growing up living in a number of different places, from California to the East Coast and back to California in Turlock. One of his favorite stories was when helping his family run the farm when he was a young teenager how he would have to go out in the wee hours of the morning before school and irrigate the fields. He would tell how he would start the water flowing at one end of the field, drive to the other end of the field, take his shoes and socks off and lay on the side of the irrigation berm, catch some sleep and when the water hit his bare feet, he knew it was time to drive back, shut off the water and head to school. This is but one of the stories that he would tell that we are certain were key in the development of his strong work ethic that he would carry with him the rest of his life and pass off to those around him. It was in Turlock that Dad would meet our mom Betty Johnson, they would marry when she was 17 and Dad was 19 and they would stay by each other’s side for the next 64 years. It was also in Turlock that all three of us kids where born in the same hospital that Betty was born in. Having spent a number of years in the retail business (his favorite department was the toy department…go figure), Walt and Betty knew a better life awaited their young family and picked up with just a few dollars in the bank and headed south to Lancaster to join Byron and Edith in the real estate business that they had started in 1957. Walt and Byron would become partners in the business and remain partners until 1978 with Byron’s passing. Walt and Betty were sole owners from 1978 through 1991 and then partners with their son Mark and daughter and son-in-law, Don and Debbie Anderson from 1991 through 2005. Dad always believed in the importance of giving more back to the community than what you received from it and lived this belief through his tireless civic involvement. Dad was involved in many organizations throughout his life that had a great affect on others. Two that he was most proud of was being appointed as a member of the first Planning Commission for the City of Lancaster in 1977. It was during this time that dad was tasked with finding the perfect spot for the City’s first public park. He located and negotiated the City’s purchase of the original Lancaster City Park (now Sgt. Steve Owens Memorial Park) on 10th St W. In a sign of the true character of the man, dad donated his commission back to our young City. The City of Lancaster honored Walt a few years ago by renaming the main entrance into the park Walt Troth Drive. Dad was also extremely proud of the eight years he spent from 1982 through 1990 as a Director for the Antelope Valley Fair. The Fair was one of dad’s favorite events every year and through this last August, he didn’t miss but a day. Perhaps the crown jewel in all of his honors however was in 2008 when he had bestowed upon him the title of “Realtor Emeritus” from the National Association of Realtors for over 45 years of active service as a Realtor. Dad leaves his community, his fellow Realtors, his friends and his family with a legacy of honesty, ethics, hard work, humor and most importantly his love for us all. He will be greatly missed. The family would like to thank Bruce, Jimmie and Joe from Home Helpers for providing unparalleled love and support during the last few weeks of dad’s time on this earth. Visitation will be held on Wednesday, November 7th from 10:3am to 1:00 pm at Haley-Olsen-Murphy located at 44831 Cedar Ave., Lancaster. Services will be held at the Church where dad accepted Jesus
Christ as his Lord and Savior, Central Christian Church at 3131 W Avenue J, Lancaster, CA at 11:00 am on Thursday, November 8th, 2018. A celebration of Dad’s life will follow the service at the Grand Oasis at the Antelope Valley Fair Grounds. In lieu of flowers, the family requests that donations be made to the Antelope Valley Rural Museum @ AVMuseum.org.

To plant a tree in memory of Walter Byron Troth, please visit our Heartfelt Sympathies Store.

We encourage you to share any memorable photos or stories about Walter. All tributes placed on and purchased through this memorial website will remain on in perpetuity for future generations.