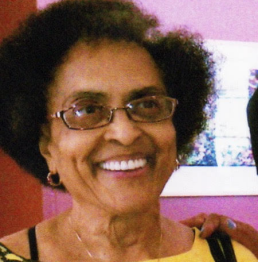 Sondra Faye Bailey was born on January 2, 1946 in Warrior, Alabama to Alberta Dudley Bailey and Solomon Bailey. She was the oldest of 5 children, Earl (Bubba), Carl, Alton, and Kerry. The family migrated to Los Angeles when Sondra was a teenager where Sondra attended Los Angeles City College to become a Registered Dental Assistant. Mom loved teeth, and it is because of her that we all have great teeth. She soon met and married Air Force Sergeant William (Bill) Brooks and moved to Alaska where they adopted their daughter Danielle. A couple of years later they adopted their son, young William James Brooks, Jr. The young family moved to many locations before settling in San Antonio, Texas where Sondra’s youngest child was born, Nicole. Later in life Sondra, her husband Bill and their daughter Nikki settled in Lancaster, California which is where she spent the remainder of her years. Although she often struggled with medical issues, she devoted her life to loving and caring for her family. Bill, her husband of 50 years, passed away before her in 2018. Sondra is survived by her children, Dani, Billy, and Nikki, her grandchildren, Tjader, Gianni, Jocelyn, and Brooklyn, her brothers, Carl, Alton, and Kerry, sisters in law, a host of nieces and nephews and their children, cousins, and friends.