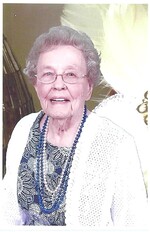 The family will be celebrating her life in a private ceremony at Riverside National Cemetery where she will be buried with her husband. In lieu of flowers, the family request that donations be made in her name to the Alzheimer's Association.