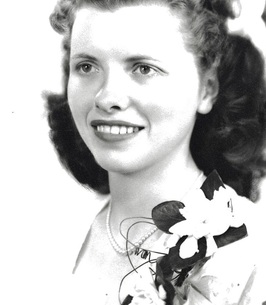 Share this tribute
Memorial Candles Lit for Minnie | SEE ALL
Light a Candle
"We are honored to provide this Book of Memories to the family."
— Halley Olsen Murphy Funerals and Cremations
Funeral Details Memory Wall Photos & Videos Plant a Tree

Cleo was born March 17, 1927 in Cave Springs, Arkansas, the daughter of William Raymond Philpott and Tena Olive Downum.
Cleo worked for the U.S Navy during WWII and was a nurse at Antelope Valley Hospital for 10 years. Cleo was a master gardener
and enjoyed oil painting, sewing, and spending time with her husband. Cleo also designed and built 2 homes with her husband.
After 32 years in Antelope Valley, Cleo and Don moved to Sequim, Washington where they lived for 20 years. Ten years ago
she returned to Rosamond to live with her daughter and son-in-law.


Cleo will be laid to rest next to her husband Don.


To plant a tree in memory of Minnie Cleo Pense, please visit our Heartfelt Sympathies Store.

We encourage you to share any memorable photos or stories about Minnie. All tributes placed on and purchased through this memorial website will remain on in perpetuity for future generations.

E
My deepest condolences to the family, may you find comfort in prayer and the beautiful words of Isaiah 25:8 where God promises us that He will soon eliminate all death and suffering.
Elda - Saturday October 13, 2018 via Condolence Message
Share This:

Much love and sympathy.
From the families of Mike, Laura, Beth, and Dess - Tuesday October 09, 2018 via Heartfelt Sympathies
Share This:
1
Page 1 of 1
Share
×