To share your memory on the wall of Michael Schmitt, sign in using one of the following options:

Mike Schmitt was born on August 8, 1953 in Aberdeen South Dakota. His parents
were Joseph and Dalores (Malsom) Schmitt. His siblings were Joe Jr of Clarksville
Tennessee, Judy (Schmitt) Anderson of Bemidji, Minnesota, Tom of Aberdeen,
South Dakota, Craig of Oklahoma City, Oklahoma, and Scott of Del Rapids, South
Dakota. He was preceded in death by his parents and his beloved brother Jeff.
He leaves behind several nieces and nephews including brother Joe Jr’s children
Michelle, Daniel, and Christy, his sister Judys daughter Ayn, brother Toms children
Katie and Travis, brother Craig’s children Nikki, Jeff, Jesse, and Samantha, and
brother Scotts children Sadie, Sam, and Sommer.
Mike graduated from Aberdeen Roncalli High School in 1972 and enlisted in the
Air Force where he served until 1976 when he was Honorably discharged and
settled in Lancaster California where he met the love of his life Lori Stine. He went
on to work as a civil servant at Edwards Air Force Base at several different
organizations compiling over 40 years of service.
He and Lori were married in December of 1993 and they had one daughter, Jill. As
a young man Mike enjoyed hunting and fishing with his brothers and later in life
loved classic rock music and had an extensive collection of vinyl LP records from
that era which he cherished. He enjoyed NASCAR and NFL football and had a long
standing hobby of collecting rare beer cans which he started as a young man in
South Dakota.
Mike passed into the next life on February 21, 2019.
Read Less

To send flowers to the family or plant a tree in memory of Michael John Schmitt, please visit our Heartfelt Sympathies Store.

Receive notifications about information and event scheduling for Michael

We encourage you to share your most beloved memories of Michael here, so that the family and other loved ones can always see it. You can upload cherished photographs, or share your favorite stories, and can even comment on those shared by others.

Posted May 28, 2019 at 08:44pm
How do you say goodbye to a friend of 44 years. I will miss your sense of humor, reminiscing about the countless memories that we shared, and the conversations that we had about anything and everything, My heartfelt condolences to the Schmitt family and especially Lori and Jill who will feel his loss the most. Rest in peace Mike until we meet again my good friend.

Posted Mar 07, 2019 at 10:47pm
May your heart and soul find peace and comfort. Remember that you’re not alone. I’m always here for you. Rest in sweet peace Mike 💝
Comment Share
Share via:
TC

Posted Mar 04, 2019 at 11:44am
My deepest condolences to all of you during this difficult time. Lori is my longest and dearest friend and my heart ❤️ breaks for her.
Tami
Comment Share
Share via:
KM

Posted Feb 26, 2019 at 11:24pm
I have so many happy memories of my visits to South Dakota and hanging out with the Schmitts. My fondest memories are the neighborhood games of baseball and kick the can. I always remember how Mike had a smile on his face and a great laugh. He always treated me so well. Rest In Peace, Mike May perpetual light shine upon you! Love your cousin, Cheryl
Comment Share
Share via: 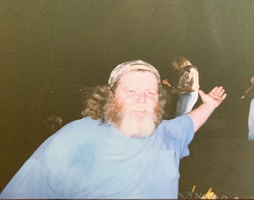 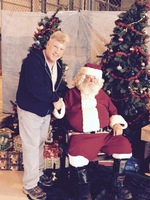 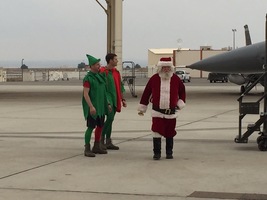 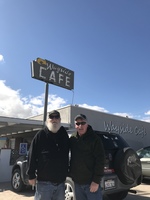