To share your memory on the wall of MARILYNN MONTGOMERY , sign in using one of the following options:

Provide comfort for the family by sending flowers or planting a tree in memory of MARILYNN MONTGOMERY .

Provide comfort for the family of MARILYNN MONTGOMERY with a meaningful gesture of sympathy.

Marilynn was born in Brooklyn, New York and passed away in Lancaster, California. She grew up in Las Cruces New Mexico with her brother Remo and parents Dr. Remo E Gay a... Read More
Marilynn Gay Montgomery

Marilynn was born in Brooklyn, New York and passed away in Lancaster, California. She grew up in Las Cruces New Mexico with her brother Remo and parents Dr. Remo E Gay and Dr. Evelyn Basile Gay. She attended New Mexico State University and earned a BA in English and Government and a BS in Education and Dramatic Literature.

Marilynn loved her students and her students loved Marilynn. You could never tell where her influence stopped. She taught English and Drama for 26 years at Palmdale High School, L.A. Unified School District, and Littlerock High School where she hosted the first Shakespeare Festival in the Antelope Valley. A great proponent of Shakespeare, she directed Macbeth, Julius Cesar, and I Hate Hamlet, to name a few. Her students competed statewide and nationally and won many awards through Drama Teachers Association of Southern California for Much Ado About Nothing and As You Like It.

She was married to Joe for 42 years and she loved her Springer Spaniels, especially Carlyle. She was active in University Women's Association Book Club, AV History Club, AV Vocabulary Club, and Daughters of the King at Saint Bede's Episcopal Church in Mar Vista, Los Angeles.

She was awarded the Joslin Fifty Year Medal for having lived with insulin-dependent diabetes for over 50 years and for her conscientious and courageous attention to the many details involved in successfully living with diabetes. Her publications include the Diabetes & Hearing Impaired chapters in Richard Simmons' Reach For Fitness.

To send flowers to the family or plant a tree in memory of MARILYNN GAY MONTGOMERY , please visit our Heartfelt Sympathies Store.
Read Less

Receive notifications about information and event scheduling for MARILYNN 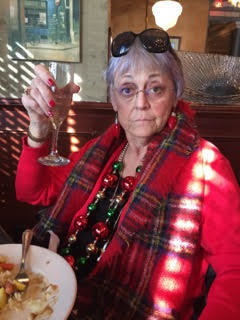 We encourage you to share any memorable photos or stories about MARILYNN. All tributes placed on and purchased through this memorial website will remain on in perpetuity for generations.

So sorry to hear of Marilynn's passing, Joe. It was a shock. I hope you are doing well. She will be missed by so many. You and Marilynn will be in thoughts and prayers.
Comment | Share Posted Jan 20, 2019 at 03:47pm via Condolence
H

In loving memory of Marilynn Montgomery. Wishing you peace and comfort.