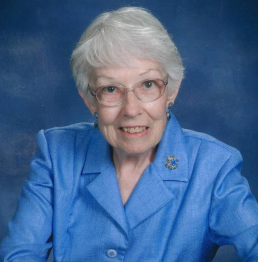 Lenora Ethel Timm was born in Oklahoma City, Oklahoma. She had two brothers who were a number of years older, and then two more children came along. In 1948 her parents died and the two older brothers each took a younger sibling to raise. That is how Lenora came to the Antelope Valley.

She attended local schools and graduated from AV High School. As a senior, she went to school half-day and worked for HW Hunter Car Agency half-day. She met her future husband when they both worked on a summer crew raising turkeys. They had two children, a daughter who lives locally and a son who lives in Arkansas.

In 1963 she started work at Bank of America in the escrow department. As the real estate business had its ups and downs over the years, she worked for various escrow companies. In the downturn of 2008, she worked for Century 21 managing foreclosures and short sales. As the number of those transactions decreased, she decided it was time to retire. Her retirement goals were taking time for herself, taking care of her roses and other yard work, and organizing the many photos she owned for her children and grandchildren to enjoy.

She started to attend Lancaster United Methodist Church in 2004. She often said that one of the best experiences she had was their group trip to Israel, walking where Jesus walked.

Lenora lived a full and warm life, filled with joy and loved by many. She will be fondly remembered and sorely missed.