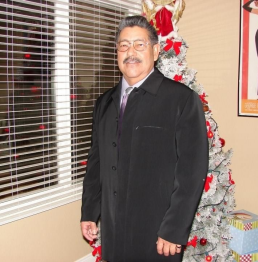 He spent most of his life in the Antelope Valley. He was known for his automotive painting and mechanic skills with race cars and motorcycles. He spent some time as drummer in various bands throughout the Antelope Valley. He served briefly In the United States Air Force where he received an Honorable Discharge. He worked for several companies throughout the Antelope Valley as a painter to include Lockheed during the 60’s, 70’s & 80’s. He eventually found his first calling as Construction Superintendent working for Pardee and KB Homes. In 1993 he found his second calling as a Building Inspector and Code Enforcement Officer serving numerous agencies like the City of Williams AZ. The City of Lompoc CA. and The City of Arvin CA.

A Celebration of Life will be February 27th, 2022 from 12pm until 4 pm at the Quartz Hill Post 3000 VFW located at 4342 W. Avenue L Quartz Hill, CA 93536. Those in attendance are requested to bring a classic car if possible if you have one, this was one of his passions.