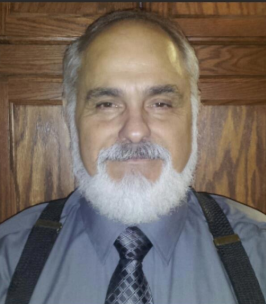 On Saturday, October 8, 2022, James Dee Johnson (however, many people knew him as JJ) went to his eternal home in Heaven at the age of 72 in Lancaster, CA. James was a beloved husband, father, grandfather, son, brother, uncle, godfather, and friend.
James was born in Lynwood, CA, on December 8, 1949. He was the eldest of three sons born to Aurora “Dora” Garcia and Leo Kenneth Johnson. He graduated from Santa Maria High School and then joined the United States Army in June 1969.  Upon separation from the army in February of 1971, James held the rank of SP4 in Company A, 1st Battalion, 38th infantry, 2nd Infantry Division.James met the love of his life, Janeil Marie DeMars, in 1972, and they were married on July 14, 1973, at the First Southern Baptist Church of Santa Maria, CA. He attended and graduated from John Hancock College in Santa Maria, CA. James always loved cars (specifically his 1971 Ford Comet) and worked varied jobs within the automotive industry while becoming a mechanic. The Johnsons moved to Lancaster in 1978 to open an automotive paint and repair shop, Magna Color Auto Body & Paint, with his business partner, Alan Showe (who preceded James in death). James retired in 2016.
He is survived in death by his wife, Janeil; daughters, Kristina Highsmith and Michelle Lombard and her husband Richard; grandchildren, Shelbie and her husband J. Angel, Jakob, Hailey, and Olivia-Mae; great-grandchildren, Leonel and Davina; brother, Kenneth; brother-in-law, Calvin; nieces, Jamie, Jessica, Fallan and Hillary; nephews, Jason, Bryan, and Nik; his 4 goddaughters, bonus goddaughter, and extended family.James was preceded in death by his parents, grandparents, aunts, uncles, and brother, William John Johnson. James’ celebration of life will be held on December 3, 2022, in the main auditorium of Lancaster Baptist Church at 11 AM. His ashes will be dispersed privately later.