To share your memory on the wall of James Colovin, sign in using one of the following options:

To send flowers to the family or plant a tree in memory of James Thomas Colovin, please visit our Heartfelt Sympathies Store.

Receive notifications about information and event scheduling for James

We encourage you to share your most beloved memories of James here, so that the family and other loved ones can always see it. You can upload cherished photographs, or share your favorite stories, and can even comment on those shared by others.

Posted Dec 28, 2018 at 05:23am
My sincerest condolences to the Colovin's Family for your loss of a dear loved one. A loss of this type is always very difficult for both the family and friends, but God's word offers the grand hope of a resurrection to life again. Jesus Christ said, "Do not be amazed at this because the hour is coming in which all those in the memorial tombs will hear his voice and come out". God's word extends to all the wonderful promise of a resurrection to a better life! John 5: 28-29 Learn more about this resurrection at JW.ORG
Comment Share
Share via:
CK

Posted Dec 10, 2018 at 01:43am
My heart was saddened to hear of Jim's passing. I learned a lot about dog training from him.
My thoughts are with you Joy.
Carole Kelly
Comment Share
Share via:
LH

Our time together was far too short. Thank you for always sharing your words of wisdom. It certainly made up for our lost years. You were my inspiration in many ways and I appreciate you. It helped to shape my life during impressionable years! I will miss our conversations. It’s the little caring things we say and do when we love someone.

I saw a kind and gentle man who loved MORE THAN ANYTHING, his lovely wife JOY. A godly man that was passionate about animals and the fight for animal freedom and rights, nature and love of his country, his flag!

From one veteran to another, I love you dad and I’m proud of you. Although we can’t be there in presence, WE ARE THERE IN HEART.

Please accept my deepest condolences for your loss. I will never forget the compassion and love in his eyes everytime he looked at you. Dad was a very good, kind hearted, loving man who could do no evil in this world. He will be greatly missed by all.

As his daughter, I feel sad we were not closer in distance. The distance changed nothing in my heart. I will always love Dad and cherrish the moments we did had together. 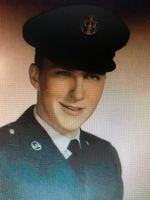 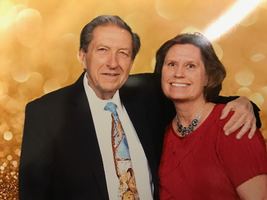 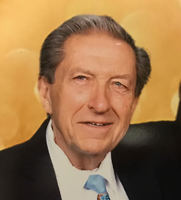 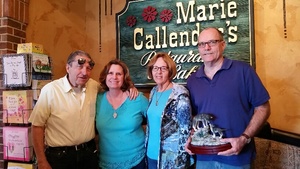