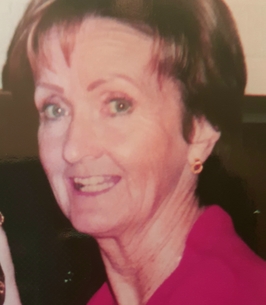 Share this tribute
Memorial Candles Lit for Jacqueline | SEE ALL
Light a Candle
"We are honored to provide this Book of Memories to the family."
— Halley Olsen Murphy Funerals and Cremations
Funeral Details Memory Wall Photos & Videos Plant a Tree

Print
Born on October 24th,1944 - passed away on Sunday, October 14th, 2018. The loving mother of 2 children, she unexpectedly left this world at her home in Lancaster, California at the age of 73.

Jackie was born in Wrexham, Wales to Ivor and Minnie Lloyd. She and her family immigrated to the US via the Queen Mary and arrived in New York City on January 2nd, 1951. They settled down close to family in Harrison City, Pennsylvania where she spent her formative years. In 1975, after living in West Virginia and New York, Jackie subsequently moved out west with her own family to Lancaster, California where she has resided ever since. She received her AA degree from Antelope Valley Junior College and then her teaching degree from California State University, Northridge. This enabled her to instruct grade school at Sunnydale Elementary, in the Antelope Valley School District, for more than 20 years. She raised two children, her daughter Aeron Wilson and her son Scott Wilson.

Jackie had a passion for animals and gardening. Every year, she looked forward to Poppy season, spent countless hours watching hummingbirds frequent her backyard feeders and laughed till she was breathless while playing with Aeron’s dogs. She enjoyed traveling and loved God and country. She was known for her lasagna and apple pie and made the best cup of tea just when you needed it most. She frequently liked to connect with friends and family on the phone or Skype to catch up on the latest goings on. She was kind and compassionate and always had a special place in her heart for her Welsh roots.

Jackie was preceded in death by her father Ivor and her mother Minnie. She was an only child and is survived by her daughter Aeron, her son Scott and numerous cousins and extended family members in Pennsylvania and Wales.

In order to fulfill our Mother's final wishes, no formal ceremony will be held. Her desire was to be cremated and her remains returned to Wales, where she will be interred next to her parents. In lieu of flowers please make donations to one of her favorite charities, in honor of Jackie. The American Heart Association; Boys Town; Habitat for Humanity; Wounded Warriors; The ASPCA or the Slovak Fraternal Society.

Until we meet again Mom. We love you.

“Do not go gentle into that good night, Old age should burn and rave at close of day; Rage, rage against the dying of the light.” ~ Dylan Thomas

We encourage you to share any memorable photos or stories about Jacqueline . All tributes placed on and purchased through this memorial website will remain on in perpetuity for future generations.

LS
Jackie was a classy lady. I worked with her at Sunnydale School.
She was one on the "breakfast girls." She will be missed.
Linda Sheppard - Sunday October 28, 2018 via Condolence Message
Share This:
1
Page 1 of 1
Share
×