To share your memory on the wall of FAITH SMOYER, sign in using one of the following options:

Provide comfort for the family by sending flowers or planting a tree in memory of FAITH SMOYER.

Provide comfort for the family of FAITH SMOYER with a meaningful gesture of sympathy.

A longtime real estate broker, Fay operated Property Place Realty 50 years, into her nineties, maintaining a loyal base of repeat customers in Antelope Valley and internationally. The first 25 years, she was Faith "Fay" Wines while her first husband lived.

Born and raised in Washington, D.C., she went to work at age 16 in the earliest days of WWII. By age 17, she worked in the Pentagon as an inner-circle secretary to the Joint Chiefs of Staff, attending business school at night.

She was married twice, both times to aviators who were Republicans. Both unions ended in the death of her spouse.

Her first husband, Floyd A. Wines, was a Marine Corps fighter pilot when they met during WWII. He flew helicopters in Korea, developing the techniques to rescue wounded from the battlefields. He went on to a career with the Federal Aviation Administration that took the family from Virginia to Hawai'i, where their second child was stillborn, and then to California where she lived the remainder of her life.

Her second husband, Curtis K. Smoyer, was a WWII B-29 navigator with the group that dropped the atomic bombs on Japan. Surprisingly, he and Fay knew each other in their youth because he married her cousin during the war. That union would end in his first wife's death in the 1990s. His postwar career was at IBM headquarters in New York, building the company into a global giant. The widower moved to California to marry Fay. They enjoyed 15 years together.

She is survived by: a son, Lawrence Wines, of Washington State and the San Gabriel Valley, California; her "informally adopted son," John Kostelnik of Lancaster, California; and numerous nieces, nephews, relatives by marriage, and friends she called her kids.

A memorial service will be held in Arlington National Cemetery. Her ashes will be interred with her first husband at a date to be determined.

In lieu of flowers, Fay requested donations be made to the Fredericksburg Regional Food Bank in Virginia, at https://www.fredfood.org

To send flowers to the family or plant a tree in memory of FAITH HOWARD SMOYER, please visit our Heartfelt Sympathies Store.
Read Less

Receive notifications about information and event scheduling for FAITH 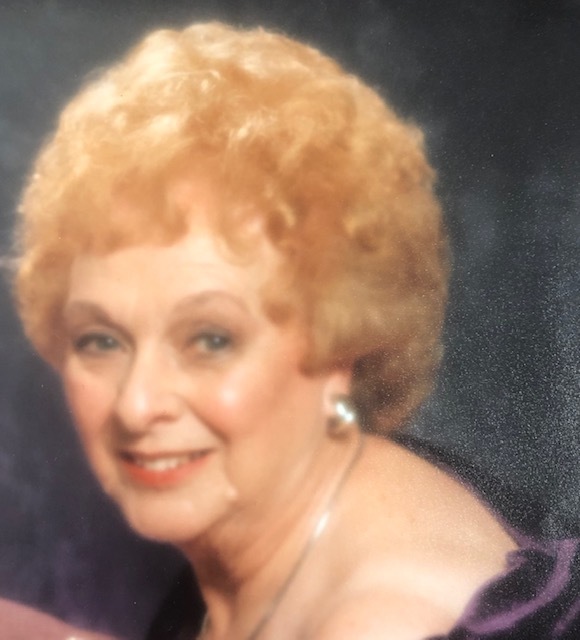 We encourage you to share any memorable photos or stories about FAITH . All tributes placed on and purchased through this memorial website will remain on in perpetuity for generations.

We encourage you to share your most beloved memories of FAITH here, so that the family and other loved ones can always see it. You can upload cherished photographs, or share your favorite stories, and can even comment on those shared by others.