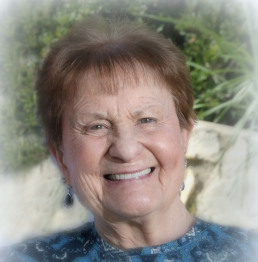 Elizabeth Ellen Roberts, “Betty,” was born in Chicago, Illinois February 22, 1936 to LaVerne Joseph and Florence Engeldinger. At age five Betty’s family moved to Southern California beginning her long life as a Los Angeles resident. Betty married Byron “Bud” Roberts in 1955. The two shared an active life that included three children, travel throughout the United States and the home of their dreams in the foothills of Palmdale, California. Betty and Bud shared 47 years of marriage when Bud passed away from cancer 2002.


The second chapter of her life began when Betty met and later married David Nelson. Dave, also a long-time resident of the Antelope Valley, had lost his first wife in 1999. Betty and Dave traveled, golfed, bowled, and gathered often with family and friends until Betty was diagnosed with dementia and Parkinson's disease in 2017. Once diagnosed the two remained at home in Lancaster until Betty’s death on April 20, 2022.


Betty is survived by her husband Dave; her two daughters LaVerne and Patsy Roberts; four grandchildren and eight great grandchildren.