To share your memory on the wall of DOROTHY NOLAN, sign in using one of the following options:

Provide comfort for the family by sending flowers or planting a tree in memory of DOROTHY NOLAN.

Provide comfort for the family of DOROTHY NOLAN with a meaningful gesture of sympathy.

Dorothy was born on December 10, 1940 in Bacolod City, Negros Occidental, Philippines to Napoleon Felix Ledesma Maliglig and Katherine Thomas Maliglig. One of 14 children, she was number 7 in the line-up. Her parents met in Chicago, Illinois where her father was living while attending college. Her 3 oldest siblings were born in the United States. In 1937, the family, together with her grandmother Paula Thomas and her youngest uncle William H. Thomas, departed for the Philippines and resided in her father’s hometown.

Dorothy was born just before the Japanese occupation of the Philippines during World War II. Since the family were dual citizens, American-Filipino, they were placed under house arrest but she wasn’t old enough to remember what took place. Nothing less than one miracle after another kept the family alive. Her mother Katherine, being of German descent provided the family with some protection. Her father Napoleon was instrumental in saving the lives of the family. He and her Uncle William dug an air-raid shelter underneath the house where they were being held, without the knowledge of their captors. Most of her war-life was spent in this air-raid shelter that was constantly filled with rain water, being held up above the water level.

Dorothy was a vibrant active child who participated in competitive sports, including volleyball and softball during her academic years. She is remembered by family and friends as being outgoing and friendly, generous and caring. Dorothy graduated from West Negros College on March 27, 1961 with a degree of Bachelor of Science in Commerce, major in business.

Dorothy left the Philippines on June 1, 1961 with her sisters Paula and Elizabeth (Betty) onboard a ship from the American President Lines. She arrived in San Francisco on June 21, 1961, a 21-day voyage. She was welcomed by her uncle William Thomas and her sister Paula’s future husband Richard L. Ellis. She worked part-time in a sewing business company in Temple City, CA to support herself. Her parents and the rest of the family arrived in the United States in 1963. Dorothy soon resided with her parents and family in Azusa, CA.

Dorothy attended night school to further her education. There she met her future husband Wilfred (Bill) James Nolan Jr., a carpenter from Vermont. They were married at Our Lady of Guadalupe Mission Church in Irwindale on November 1, 1963 and made their home in Azusa, CA. Dorothy and Bill were blessed with 4 children there, Frances Dorothy, Sarah Katherine, Lora Lee, and Wilfred (Bill) James III.

Dorothy sewed most of her children’s clothing and crocheted countless household items, including doilies and bedspreads. Not a holiday passed without her children wearing matching outfits.

The family moved to Lancaster, CA in 1970. They resided in a house built by her husband Bill. There, they were blessed with three more children, Ernest (Ernie) Alan, David Ezra, and Jeanette (Nette) Marie. Her husband’s parents Wilfred James Sr. and Frances Gertrude Nolan from Vermont, came to live with them. Summer brought fun days as she welcomed sister-in-law Mary Frances Maranzana and her four children Louise (Gigi), Margaret (Maggie), Lisa and John from New Jersey.

Dorothy began a career with Sears, Roebuck & Company at that time working in their auditing department. Later, she was transferred to Northridge CA, commuting in her ‘lil red Volkswagon bug. In 1981, she was transferred to Oxnard, CA and the family moved to Ventura, CA. Sears offered training courses to their employees and Dororthy took advantage of this, improving her jobs skills over the years.

Returning to Lancaster in 1985, Dorothy resided in a house built by her husband and this time by some of her children.

Dorothy retired from Sears in the late 1980's. Retirement afforded her with the opportunity to spend more time with her children and then, her grandchildren. She resided with her daughter Frances and her family in Washington state. Later, Dorothy moved to Montana to be with her son David and his family, living there for several years. She would drive back to Lancaster in the summertime to be with her other children and family.

Dorothy enjoyed long road trips alone or with family members. The drive could never be too long for her. Her children remember heading out with her in the family station wagon or RV with no destination in mind, just picking a direction and off they went to discover some great places, like the California Redwoods, Yellowstone, and Carlsbad Caverns. Even if Dorothy hadn’t been somewhere in years, she could always remember how to get there.

Returning to Lancaster in 2014, Dorothy lived with her children Sarah, Bill, and granddaughter Eden. She loved the time she spent with them as well as her daughter Nette and her family, who eventually moved in as well. Visits from Dorothy's daughter Lora and her family brought her great joy. She always enjoyed the thoughtful lunches they brought with them. Nothing made Dorothy happier than receiving photographs from her children Frances, David and Ernie who lived in other states.

Dorothy also enjoyed spending time with her sister Paula. Dorothy had helped out at Paula's and her husband Richard's business, Saint Raphael Press in previous years. She had learned various aspects of the printing trade, including collating (the popular Antelope Valley Fair book) and running the folding machine. She was honored by the Antelope Valley Craftsmen's Club for printers and lithographers. Upon Dorothy's return to Lancaster, she and Paula attended Mass together, went on road trips, had fun at Disneyland, dined out, and visited with their family at the annual Christmas party hosted by her youngest sister Marian (Pinkie) and her husband Andrew.

Dorothy loved sewing and continued to sew clothes for her family and herself. She enjoyed reading, especially her Archie comics, filling in the numbers or words in her puzzles, playing the nickel slots in Vegas, spending time in Laughlin with her sister Betty, watching Perry Mason (a childhood favorite she shared with her mother), as well as The Price is Right, Jeopardy, Wheel of Fortune, and Murder She Wrote. Her favorite movie was Elvis Presley’s Clambake. She listened to Pat Boone, Patti Page and classic country music.

Dorothy was always generous. Her sister Paula remembers how well Dotty treated her friends growing up and how she helped them out in any way she could. Paula remembers how Dotty would always treat her to coffee, a newspaper, and breakfast on Sunday mornings after Mass. Dorothy, even though she didn’t have much money, always managed to donate a few dollars to charities and would tape loose change inside donation envelopes to help them pay for their postage. She crocheted hundreds of white scarves for the Right to Life organization, Circle of Life, that were worn by the Right to Life marchers in Washington, DC.

Dorothy was laid to rest at Joshua Memorial Park in Lancaster, CA on May 8, 2020 beside her husband of 30 years, Bill, who predeceased her in 1993. She is survived by 7 children – Frances, Sarah, Lora, Bill, Ernie, David and Nette; 16 grandchildren – Devon, Trevor, and Kelsey Brown; Alexandra, Adam, and Katrina DaSilva; Eden Nolan; David, Ryan, and Kizzie Nolan; Gabe and Kristin Nolan; Brian, Daniel, Patrick Hagner and Raina Hagner-Jacobson; 5 sisters - Liceria, Paula, Elizabeth, Marilyn and Marian; 4 brothers - Antonio (Tony), Henry, William (Bill), and George (Tommy). 4 siblings preceded her passing - Katherine and Alan died in their infancy in the Philippines, Napoleon Jr. (Nonoy) in 2006 and Santiago (Sonny) in 2009.

Dorothy reminded us "that life is short, have fun and love one another."

May the soul of Dorothy and all the souls of the faithful departed rest in peace.
Eternal rest grant unto them O Lord and let perpetual light shine upon them.

To send flowers to the family or plant a tree in memory of DOROTHY M NOLAN, please visit our Heartfelt Sympathies Store.
Read Less

Receive notifications about information and event scheduling for DOROTHY 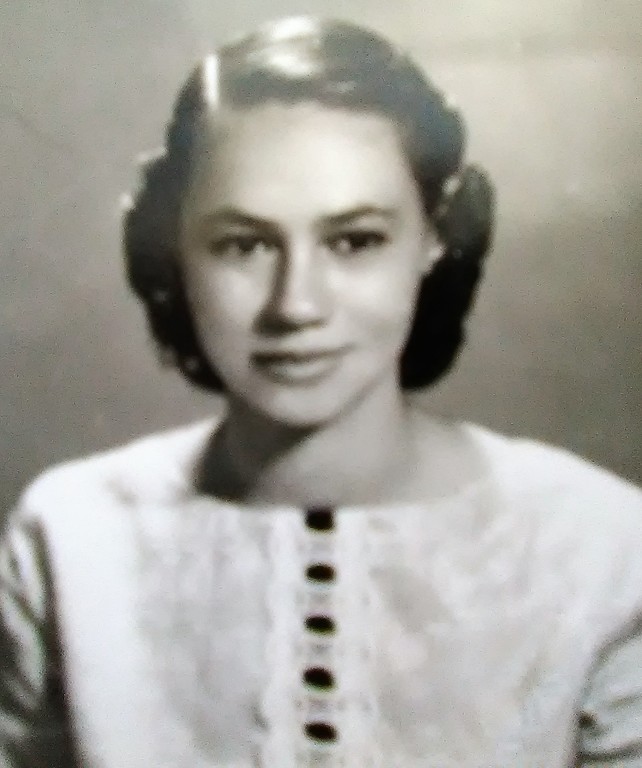 We encourage you to share any memorable photos or stories about DOROTHY . All tributes placed on and purchased through this memorial website will remain on in perpetuity for generations.

We encourage you to share your most beloved memories of DOROTHY here, so that the family and other loved ones can always see it. You can upload cherished photographs, or share your favorite stories, and can even comment on those shared by others.