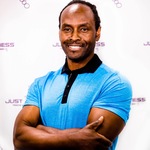 A Remembrance of Life
Dexter Clinton Bowen known to most as “Dex” was born in the Caribbean island of Trinidad and Tobago on February 25th, 1962 and departed this earth November 17th, 2020 in Lancaster California. He was the first-born boy to Jacqueline Gittens- Bowen and deceased father Carlton Bowen.
Dexter was raised by his grandparents Marjorie and St Clair Gittens in Trinidad for the first decade of his life while his parents came to the US to make a path for their children who were to follow them soon.
He was a loving, quiet, helpful and very athletic child. His childhood friend and neighbor Garnet Blake can attest to this because he saved him from many childhood brawls, and he recalls that in the annual neighborhood Olympics Dexter always won the prize.
Arriving in the US as a child, Dexter remained the same caring person. He found health foods and we, his siblings, were his test subjects. In boy scouts he learned about “bee pollen” and boy did we secretly eat pancakes with bee pollen (yuck!!). So, you see, this is when the healthy eating and fitness started.
From high school Dexter attended college and studied architectural drafting and graduated with an Associate Degree. However, he was young and still searching so he joined the US Air Force. During his time at Edwards AF base, he met the mother of his first-born son DeShae which sealed the deal of him remaining in California.
In 2000, Dexter was graced with a beautiful daughter Brianna which caused him to push the motivation button of survival and success in himself.
With his love for Christ, healthy living, the desire for a better life and while working in the fitness industry he received the courage to start his business Just 1 Fitness. His goal was first, to get bring one closer to Christ, second, turn you into a vegan (he had a hard time with us, his siblings) and third, get us physically fit! He was tough yet sweet which resulted in many successful stories.
Dexter, at that time met Jennifer Cutier who he later married, and she blessed him with his second beautiful and energetic daughter Ariella.
His discipline instilled in him by his mother, his hard work ethics, his morals, and especially his children, were his driving force to making Just 1 Fitness successful. This drive was pushed even further with the birth of his first grandchild beautiful Harlem in September. What a blessing that he was able to share this beautiful gift by holding, feeding and loving her.
Dexter enjoyed golfing, hiking, beach excursions, gardening and cooking, especially vegan Caribbean dishes but he did not make enough time for enjoying these things. He, without a doubt, was an amazing son, brother, father, grandfather, uncle, cousin, friend, and personal trainer! His time with us was short but he taught us how important our body temple is and what Christ means in our lives.
Dexter is survived by his mother, Jacqueline, brother Darrell and sister Dawn and a world that will not shine as brightly without him. There are many great things he leaves behind, yet nothing so great as his legacy, his children DeShae, Brianna and Ariella that he bestowed the best of him, which will flourish in them as they disperse into the world, carrying on his life and keeping his memory alive.
As devoted family and friends, we will honor his memory by living and loving with his great spirit as our guide.
We will miss your smile and will always love you Dexter aka Dex aka Buck the king.

The Funeral Service For Mr. Dexter Bowen will stream live on November 25, 2020 9am PST (12pm EST), please click on the Watch Webcast button at the bottom left of this page.


In lieu of flowers, we would like to invite friends and family to make a donation to The Dexter Bowen GoFundMe page. Please copy and paste the following link on your web browser:
https://gf.me/u/y9dhuq