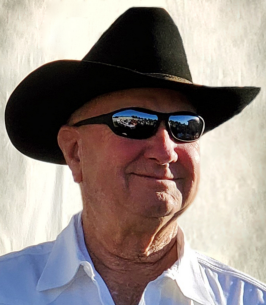 Darryl Ellis Pursley 78, long time Antelope Valley resident, died surrounded with love and comfort on September 26, 2022 in Thousand Oaks, Ca. He was born September 3, 1944 in Lancaster, CA, son of C. Ellis and Razelle (Ferguson) Pursley. Darryl attended elementary school in the Antelope Valley, and graduated from McLane High School in Fresno, CA, Class of 1962. He returned to the Antelope Valley with his family shortly after graduating from high school. Darryl served in the United States Army from 1965-1970, during which time he was deployed to Vietnam. Darryl has many memories from his time in Vietnam and was a proud American.

After his Army service he married Beverly Ann Stafford, the niece of his mother’s dear friend, after corresponding back and forth during his time in the Army. They made their home in Lancaster, and welcomed two children, Brandalyn, in May 1972, and Donald in 1973.

Darryl was a longtime member of The Lancaster Elks Lodge, BPOE #1625, The Antelope Valley Kiwanis Club, and the VFW Post #3000. Darryl was a man of many talents and enjoyed careers as a Banker, Insurance Agent, Real Estate Agent, Private Mailbox Entrepreneur, Tifco Tool Salesperson, and in retirement drove vehicles for HW Hunter Dodge.

Darryl was preceded in death by his loving wife, Beverly (Stafford) Pursley his parents, C.Ellis and Razelle (Ferguson) Pursley and his sister, Donna (Pursley) Pompey. He is survived by his daughter and son-in law Brandalyn (Pursley) and Shawn Holzberger of Thousand Oaks, CA, son and daughter-in-law, Don and Kim (Janikowski) Pursley of Poway, CA and grandchildren Justin Pursley, Kayla Pursley, Brett Pursley, Ella Holzberger, and Jackson Holzberger. He is also survived by 2 brothers, and many cousins, nieces, and nephews.