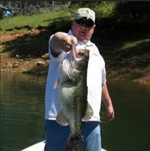 It’s with great sadness that we announce the passing of a
wonderful man. Craig was born in Minneapolis, Minnesota and
moved to California when he was 11. He was a graduate of
Anaheim High School. He met his wife Pat in 1969 whom he
loved and adored and they had two kids that they raised in the
Antelope Valley. He worked retail for most of his life as a
General Manger for GEMCO for 19 years and a Warehouse
Manager for Costco Wholesale for 29 years.
Craig was very involved in the community in which he
lived in and served on the Lancaster Chamber of Commerce,
America Red Cross Antelope Valley Chapter, AV Fair Friends
of the Fair receiving the directors award in 2011, AV Fair
Livestock Council Finance Director, AV Trade Club, President
of the Oldtimers Association, Volunteer of the Quartz Hill 4-H
Club. He was a 30 year Member of the Lancaster Elk Lodge
#1625, Member of the Southern California Bassmaster and High
Desert Car Club.
He is survived by his wife Pat of 50 years; his son Craig
Stevenson Jr. (Linda); his daughter Michele Kirschbaum (Erik)
as well as his adored grandson Ryan.
In lieu of flowers you can make a donation to the Antelope
Valley Fair Rural Museum.