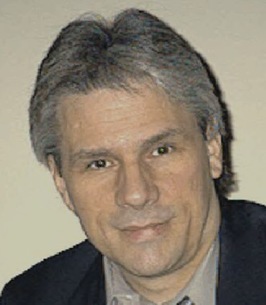 Share this tribute
Memorial Candles Lit for CHARLES | SEE ALL
Light a Candle
"We are honored to provide this Book of Memories to the family."
— Halley Olsen Murphy Funerals and Cremations
Funeral Details Memory Wall Photos & Videos Plant a Tree

Print
On Thursday evening October 18, Chuck Brooke passed away peacefully at Antelope Valley Hospital. He succumbed to complications arising from his long struggle with his quadriplegia. Chuck was 65.

Charles "Chuck" Anthony Paul Brooke was born in Grand Forks, North Dakota on October 3, 1953 to his parents, Florence and Bob Brooke. Following the death of his father in June 1955, Chuck eventually relocated with his mother and siblings to Los Angeles, California in June 1958. In 7th grade, Chuck's lifelong passion for music was kindled. He began his music journey playing the clarinet, and due to his prodigious natural aptitude, he excelled rapidly on into high school where he soon took up the saxophone.

In his senior year, he heard the call of the music profession and left Van Nuys High School for greener pastures within the flourishing music culture of Los Angeles. He soon joined the musicians union, and was not only playing back-up for notables of the time such as Elvin Bishop, the Boppers, Omega and others, but also was in the recording studio. In time, Chuck was writing and producing and collaborating on music with his own bands.This love of music sustained him through the mid-70's and on into the 80's and mid 90's.

Then tragedy struck, and Chuck's accident left him in a "limited" quadriplegic state with the use of only a few fingers on each hand, and unable to play his beloved instruments. Despite his limitations, he was ever the resourceful optimist and used his mental energy in varied numerous pursuits. Most recently he was pursuing a degree by taking online classes at the University of Phoenix.

Chuck's courageous daily journey of living honestly with his condition despite his physical limitations has been an inspiration to us all. Chuck was known for his intelligence, his gentle sense of humor, his openness to others, his love of cats, his wide ranging knowledge and conversations on a variety of topics, and his love and loyalty to all whom he befriended. We are grieving this loss and will miss him dearly and yet are grateful that he has been released to walk and run free once again!!!

Chuck is survived by his two siblings Bob Brooke (and Diann) and Vickie Grigsby (and John) all residing in Texas, and numerous nephews, nieces, two grandnieces, aunts, uncles, and cousins. His mother and father preceeded him in death. A private family graveside service will take place at the time of interment at St Mary's Cemetery in Minneapolis, Minnesota in the near future.

A memorial for Chuck will take place on Thursday Oct 25 from 7 to 8 pm at Halley-Olsen-Murphy Funerals and Cremations, Lancaster, California, 4831 N. Cedar Ave., Lancaster, CA 93534. Friends and family are welcome to attend and celebrate Chuck's life and are also invited to leave condolences here or to contact Vickie or Bob privately. We are grateful to each of you for touching Chuck's life!

Ever hopeful of the medical community finding a way to rehabilitate damaged spinal cords, we as a family want to honor Chuck's perpetual hope by asking that in lieu of flowers, Memorial Contributions be made to help fund and further spinal cord research at https://www.wingsforlife.com/us/.

We encourage you to share any memorable photos or stories about CHARLES. All tributes placed on and purchased through this memorial website will remain on in perpetuity for future generations.

E
My deepest condolences to the family, may you find comfort in prayer and the beautiful words of Revelation 21:3,4 where God promises us that He will soon eliminate all death and suffering.
Elda - Wednesday October 31, 2018 via Condolence Message
Share This:

SE
Chuck was a life-long friend. We met when we were 11 yrs old and he stopped on his bicycle on Kester Av on the way home from Valerio St. Elementary, asking me if I wanted a ride. I hopped on his back fender and so began a friendship that lasted 55 years.

We remained close, spending countless hours playing sports, chess, and just about any board game u could imagine.

We went to Robert Fulton Jr Hi and Van Nuys High school together, as well as St. Elizabeth’s where we were confirmed after terrorizing the nuns in CCD. It was all good fun.

Chuck was a contemplative soul. His love of music, history (especially the Civil War) and politics always made for an independent and thoughtful perspective. We had countless debates and he never failed to challenge my ideas. He was able to see me for who I truly am, and was completely honest; I valued his insights, his sense of humor and his candor.

In many respects, Charles Anthony is the best friend I have ever had. He will be missed.

FE
Hi Vickie and Bob, I’m so sorry to hear the sad news of ‘cousin chuck’s’ passing. My memory of him is a skinny young person with long hair and a nice smile. How brave he was to deal with such a hardship that most of us don’t want to imagine. God bless.

In loving memory of our brother, Chuck. We look forward to seeing him in heaven.
Bob & Diann Brookein - Wednesday October 24, 2018 via Heartfelt Sympathies
Share This:
1
Page 1 of 1
Share
×

Share on Facebook
Plant a Tree in Memory of Your Loved One
An Honouring a Life memorial tree is a unique tribute which provides global benefits like no other memorial gift could.
Plant a Tree
Place a Donation
Choose from a Family Preferred Charity or select your own.
Place a Donation
Family Log-In