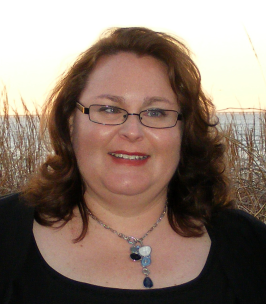 Carrie Lynn Andersen, 48, of Lancaster, California, was taken to her eternal rest on August 10, 2022.

Carrie was born on Mother’s Day in Kenosha, Wisconsin, to George and Lynn Andersen. She has two older brothers – Charles and Joseph Andersen.

Carrie enjoyed being in Brownies, Girl Scouts and playing CYC soccer. Most of all, she loved going to Lake Geneva to spend time swimming and riding motorcycles with her grandparents, the late Joseph and Shirley Larweth.

Carrie graduated from Tremper High School, Kenosha, in 1992, and continued her education at the University of Wisconsin, La Crosse. She graduated on the Dean’s List in December 1997, with a degree in Education. Via teleconference from California, Carrie was hired by Eastside Union School District to teach second grade at Eastside Elementary School. Carrie was committed to being the best teacher she could be, often devising new games and aids to assist her students. After teaching for 23 years, Carrie formed lasting friendships that still endure.

Carrie loved to travel. She enjoyed visiting her older brother in Germany, going on cruises with friends and family, and camping and taking RV trips with family around the country from coast to coast.

Carrie is remembered fondly by colleagues and her friends in Kenosha. She leaves her parents George and Lynn Andersen of Lake Geneva, brother Joseph C. (wife Sandra) Andersen and their children Dawn and Noah, Charles L. (wife Kerry) Andersen with children Conrad and Alicia, and Alicia’s children Jax and Josie. There are too many aunts, uncles, and cousins to list individually.

In lieu of flowers or plants for Carrie’s Celebration of Life, the family has requested a donation in her honor to Pancreatic Cancer Research or St. Jude.